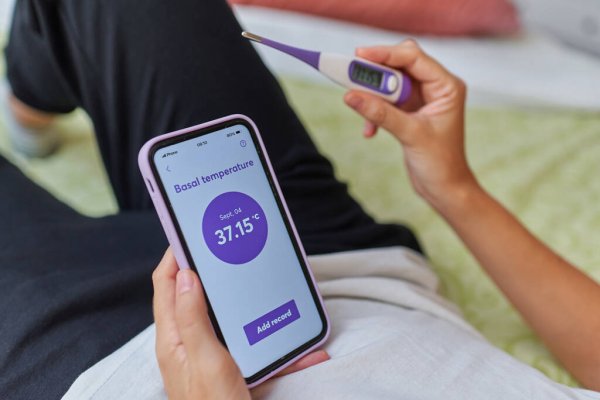 What is the basal temperature?

basal temperature what is it
Advertising

This temperature can be different in each person, so we must measure it in a personalized way at the right time. The best point of the day to check our basal temperature is to do it right when we wake up before doing any physical activity.
What is the basal temperature for?

This temperature is a measurement that serves as a reference to control specific health states of our body.

the basal temperature when you are pregnant

Another widespread use is the control of the menstrual cycle, since on the days when the woman is most fertile, the temperature of her body at rest is higher, and it remains so during this period in which the chances of conception are greater.

As we have already indicated, the basal temperature in pregnancy or any other woman’s state should be taken at rest. It is better if it is first thing in the morning since the body is in its highest state of rest.

It is imperative to use a basal thermometer, much more sensitive than regular thermometers. This thermometer can detect even the most minor temperature changes and will not let anything escape us.
What is the relationship between temperature and the menstrual cycle?

Basal temperature is the lowest the body reaches after sleeping or resting. The unevennesses occur between 0.2 and 0.5 degrees Celsius and are produced by progesterone secretion in the ovary after ovulation.

In this way, it can be used for gynecological purposes since it may help the patient predict her fertile days, especially the day of ovulation. However, it should be borne in mind that this option is limited to being indicative and does not offer definitive certainty.

It requires commitment, and perhaps it can take time, so you must be very sure that you can take the temperature daily and be helped by a reminder.

What does this method consist of?

The temperature method is an option within Natural Contraceptives and consists of taking body temperature for at least three months to start using it as a contraceptive method.

Its effectiveness can be increased if combined with, for example, a method of the exact nature such as the Billings Method, which consists of observing the cervical mucus.

The patient must be closely monitored to take her temperature, preferably upon waking, even before getting out of bed. It should be the first activity of the day to avoid altering the result by doing some activity.

The thermometer should be placed and left for approximately 5 minutes. Since the differences are minimal, a basal thermometer is required that offers precision on the scale.

Once the temperature is taken, it must be recorded on a table, and eventually, the patient will observe a pattern, although changes are always maintained due to aspects such as mood swings, stress, when not enough rested, illnesses, and alcohol intake, among others. It is convenient to take note of these lags, to take into account that these temperature changes were caused by external factors and not by the natural cycle.

Family planning by basal temperature is based on the increase in body temperature after ovulation.

The rise ranges from 0.2 to 0.5 degrees and is due to the release of progesterone.
It is noteworthy that 12 to 24 hours after ovulation, the body temperature may drop slightly.

Recording the basal body temperature daily is helpful to know if the woman is in the ovulation phase, which is the process of the menstrual cycle in which an ovarian follicle ruptures and releases a mature ovum so that it can be educated. (Ovulation problems are common causes of infertility.)

The temperature should be taken every morning simultaneously, preferably before getting up and without having ingested food or drinks.

The oral, rectal or vaginal temperature should be taken, but always in the same place.
The taking time should be no less than 3 minutes.

Once the temperature rise has occurred, it requires three days of sexual abstinence.
Seventy-two hours after the ascent, you can have intercourse until the beginning of the menstrual period.

In 15% of women, the rise is slow, which can confuse users.
Fever can confuse the applicability of this method.
They should refrain from this method in the following circumstances: