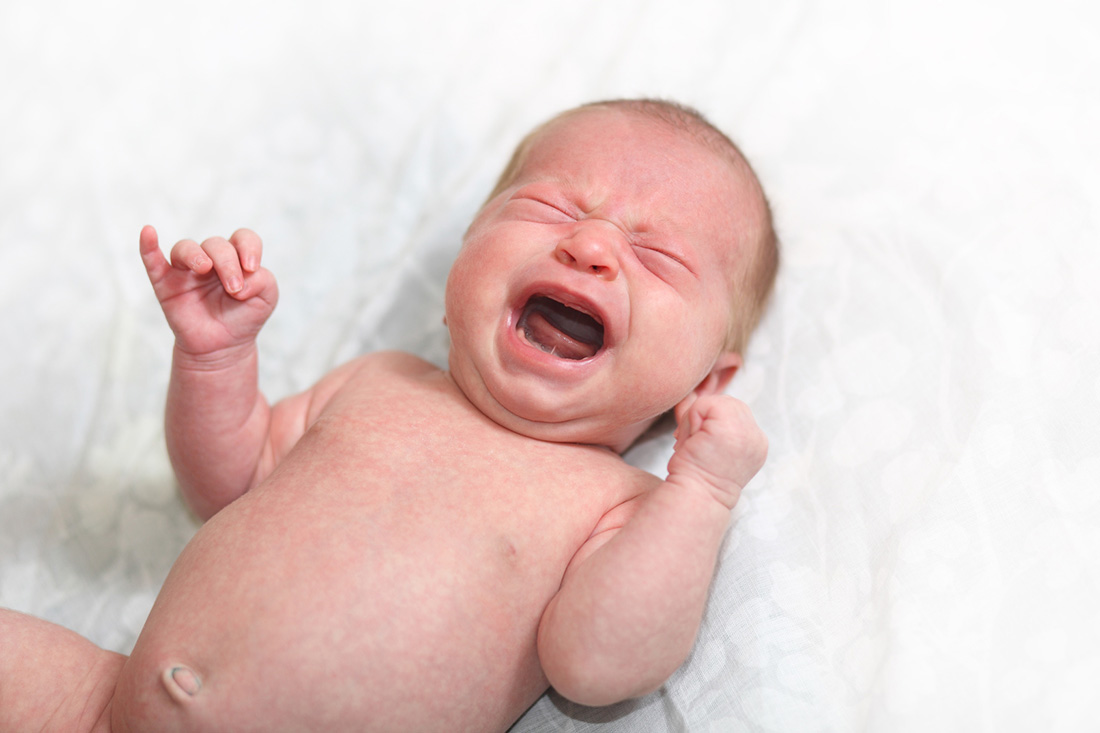 A circadian rhythm has been observed31, and recent studies seem to identify 2 types of SIDS; one related to the baby’s sleeping position (a possible thermal mechanism) that occurs during the day, and another related to an uncontrolled inflammatory response that occurs predominantly at night (associated with maternal smoking and recent illness of the baby).

As the incidence of SIDS has decreased, some authors have noted a parallel and concomitant decrease in the incidence of pyloric stenosis, suggesting common causal factors between these two pathologies. Altes has also decreased with the recommendations changes in position while sleeping.

The vast majority of SIDS occurs during the child’s normal sleep time and when they are not under direct observation and therefore are presumed to be asleep.
Ethiopathology

There are more than 120 theories of the possible causes of SIDS, among them: alteration in an oxygen-regulating protein that is induced in conditions of chronic hypoxia, 36 thymus great (thymolymphatic state), 27 developmental disorder that originates during life fetal, 37 mechanical obstruction of the brain stem circulation, 38 neuronal apoptosis, 39 seizures, hyperthyroidism, 40 sleep apnea, hidden viral infection, medications, allergy10, pulmonary dysfunction, 26 infections with Pneumocystis carini19,41 and Helicobacter pylori, 42 abnormalities in neurotransmitter receptors, cardiac sodium channel disorders, arrhythmias, anatomical abnormalities with hypomyelination and persistence of dendritic spines in the Magnocellular Nucleus of the Reticular Formation and in the Dorsal and Solitary Nucleus of the vagus nerve, high levels of Substance P in the Bridging and involvement in neurons with Epinephrine and Norepinephrine, inability to shorten the QT to the extent that the frequency increased cardiac output (predisposing to ventricular arrhythmia), decreased vagal tone due to neuropathy or stem dysfunction, deficit in cardiorespiratory control and deficit in metabolic and thermal regulation, 2 sympathetic nervous system imbalances, 43 polymorphisms in the Serotonin transporter gene ( especially in patients of Japanese origin), 2 etc.

Despite all the above, the etiology remains unknown since there is no theory that is 100% convincing.3 However, modern research is directed to the search for alterations in the Central Nervous System as the primary cause.

Within the etiology, some authors have proposed the theory of the three “S”: “Sickness,” “Stages of Development,” and “Surroundings”; referring to infectious diseases in association with the maturation of vital systems such as cardiorespiratory and awakening, and microenvironmental factors that facilitate cardiorespiratory impairment.

The most accepted pathophysiological mechanisms refer to the theory of diminished awakening, asphyxia, and thermal rebreathing stress.

a) Diminished Arousal Theory: It has been found in these SIDS patients that they wake up less frequently to eat, move less during sleep, and sleep more than controls.19 This theory is also related to abnormalities in neurotransmitters and imbalance and hypoplasia existing in the arcuate nucleus (in charge of cardiorespiratory coordination and the awakening reflex) .2,19 Respiratory pattern abnormalities consist of prolonged apneas, excess of brief apneas, periodic respiration, and decreased ventilatory response to hypercarbia and or hypoxia.2 Sleeping prone has been found to increase the awakening threshold; 19 and in these cases, the infant cannot respond effectively to sleep-related suffocation, regardless of its cause.2 This deficit is considered the awakening response is a prerequisite for SIDS to occur, but as an isolated, cause it is insufficient and does not cause SIDS without factual intervention. Environmental or genetic factors.2

b) Theory of Asphyxia: partial or complete asphyxia may play a role in the etiology of SIDS. This correlates with significant nasal and pulmonary hemorrhages found in these patients.19 In turn, some authors have found high levels of fetal hemoglobin synthesis in these patients, suggestive of episodes of hypoxemia.46 Other markers of this type of hypoxemia are the persistence of periadrenal fat, increased smooth muscle in the pulmonary artery walls, extramedullary hematopoiesis, necrosis and neuronal apoptosis, 46 stem gliosis, intrauterine growth retardation, 2 high levels of lactate and cortisol in the blood and xanthines in aqueous humour. 2.47
Why shouldn’t you use proteccrib towers in the place where my baby sleeps?

Crib bumpers and similar products that adhere to the bars or sides of the crib are often used to protect babies from injury. However, the evidence does not show that the use of crib bumpers prevents injuries. Crib bumpers can cause serious injury and even death. The best way to avoid this danger is to keep them out of the area where your baby sleeps.
To reduce the risk of SIDS, women:
They should get regular health care during pregnancy

Babies of mothers who received regular health care during their pregnancy have a lower risk of sudden baby death syndrome.

For this reason, begin medical care early in your pregnancy, and continue to receive regular care throughout your pregnancy. For more information, visit the Pre-Pregnancy and Prenatal Care: Overview page.
To reduce the risk of SIDS, women:
They should not smoke, drink alcohol, or use illegal drugs during pregnancy or after birth.

Babies of mothers who did not drink alcoholic beverages or use illegal drugs during or after pregnancy have a lower risk of sudden baby death syndrome.
Babies who share a bed with a parent who drinks alcohol or uses illegal drugs are particularly high risk for SIDS.

For these reasons, you should not drink alcohol or use illegal drugs during pregnancy or after the baby is born.

Babies of mothers who do not smoke have the lowest risk of sudden baby death syndrome.
Babies of mothers who smoked during pregnancy are up to 3 to 4 times more likely to die from SIDS than babies whose mothers did not smoke during pregnancy.
Babies whose caregivers smoke or are exposed to secondhand smoke in their environment have a higher risk of SIDS than babies who are not exposed to secondhand smoke.
Babies who share a bed with an adult who smokes are at higher risk for SIDS.
Babies who died from SIDS had higher nicotine concentrations in their lungs than babies who died from other causes.