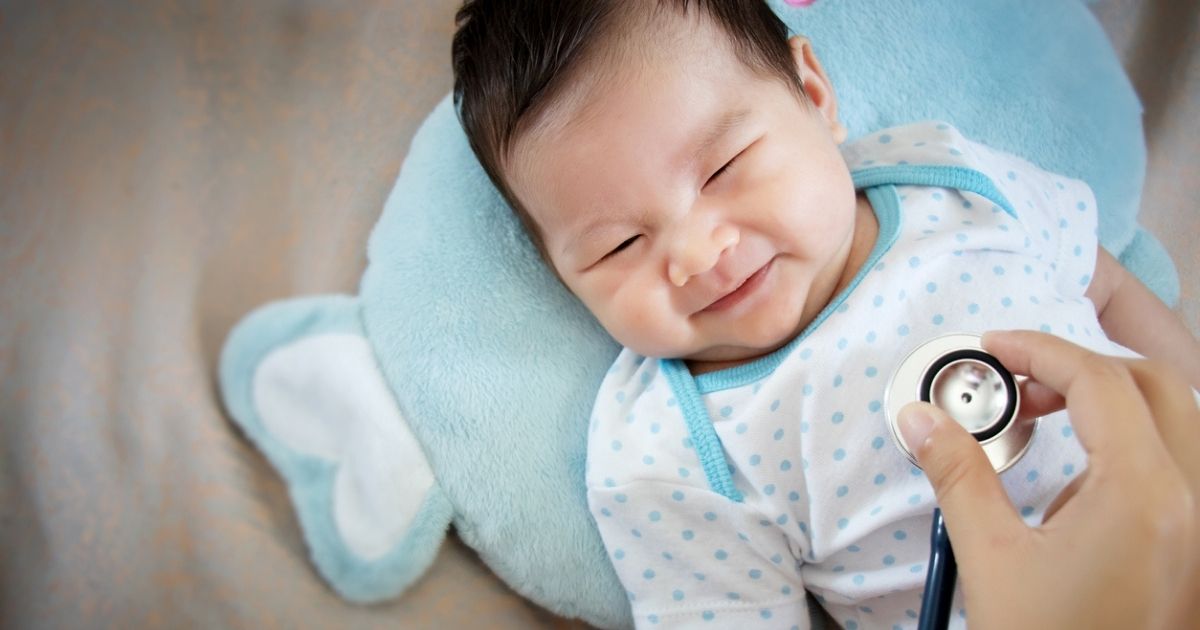 What is the Apgar Test for?

The Apgar test is a scale whose objective is to obtain an initial assessment of the adaptation to the extrauterine life of the newborn.

Although below we explain what it consists of and how the newborn is assessed with the Apgar Test, you can immediately consult the SalusOne group of experts if you have any questions about its application.

It was first published in 1953 in the journal Current Researchers in Anesthesia and Analgesia under the title “A Proposal for a New Method of Evaluation of the Newborn Infant,” beginning to be used in almost all maternity wards. Apgar is the surname of its creator, Virginia Apgar, an American anesthetist.

It is done by direct observation of the newborn, scoring at three different times:

In the first minute after birth

The final score of the Test will be the total sum of the value obtained in 5 parameters, each of them scored from 0 to 2 (0 being the most unfavorable). In other words, the higher the score on the Apgar test, the better the newborn’s adaptation to extrauterine life will be. The parameters that are assessed in the Apgar test are:

The appropriate values ​​in the Apgar test are:

The average heart rate in the newborn is 120-160 bpm, with a regular rhythm.

The average respiratory rate ranges between 40 and 60 bpm. It is more periodic than regular and presents physiological respiratory pauses not exceeding 15 seconds.

Reflex irritability can be assessed according to the newborn’s response to certain stimuli, such as in the case of needing nasogastric aspiration, scoring it according to the reactivity of the NB, being able not to react (0), make a slight grimace (1) or react with cough or sneeze before introduction (2). The routine in immediate care in the NB of stimulation and aspiration with a nasogastric tube is already banished, so the assessment of this parameter is not genuine if the passage of the tube is not necessary (we will assume a 2 in the assessment of the reflex in case of a reactive newborn with good tone and crying at birth).

Muscle tone assesses the posture in which the NB is, being able to be flaccid (0), present slight flexion of the extremities, but somewhat hypotonic (1), or the best score is that they have a good tone with active movements of the extremities ( 2).

Coloring is the item that causes most newborns in perfect condition not to obtain a total of 10, since it is frequent that in the first 24 hours of life, there is acrocyanosis in the hands and feet (bluish coloration skin) due to vasomotor instability.

What is the Apgar Test for?

Immediately after delivery, the midwife or gynecologist will have to verify the correct adaptation to the baby’s world that has just arrived. To do this, in the first minute of life, their vitality and general health are evaluated through this quick and straightforward pediatric Test. Then it can be repeated after about 5 minutes. This is especially important in cesarean deliveries since, in these cases, babies tend to show less vitality at the first “check-up.”

What does it consist of?

In the Apgar test, five parameters of the baby are evaluated: heart rate, respiration, muscle tone, reflexes, and skin tone.

And the word Apgar refers to “Appearance, Pulse, Irritability (from English Grimace), Activity and Breathing.”

These factors are easily verifiable and confirm that the heart, lungs, blood circulation, and nervous system adapt to life outside the womb. Your baby no longer needs the placenta, he is an autonomous being, and with the Apgar test, it is confirmed if he is capable of it. For this, the following is reviewed:

– Heart rate: pulsations are measured. The maximum score is given if they are 100 per minute or more and if they are regular.

– Breathing: It is evaluated if the breathing is vigorous and strong or if it is softer, complex, or irregular, or if, on the contrary, it is not breathing.

-Reflections: It is seen if the child responds to a series of stimuli, and it is evaluated based on how he responds to them (with crying, coughing, slight sobbing, with delay or without response).

Muscle tone: It is observed if the newborn is moving, active, or has few movements or no muscle tone.

-Appearance of the skin: For a baby to be in perfect condition, her skin must be pink. If not, it may present a cyanotic bluish color, only in the extremities or throughout the body.

Each of these parameters mentioned is given a score from 0 to 2 depending on how the baby responds to the Test. In the end, the five are added, and the total obtained is what is called the Apgar index.

When a child gets less than 7 points in the first Test, it is repeated after a few minutes. In this second exam, the score usually increases. Usually, the first Test measures the effects of birth on the baby: the second, her adaptation to the environment.

Parents need to know that it is not an invasive or painful test, so you should not worry about causing your newborn to suffer.

Also, bear in mind that the objective of this Test is not to predict the future health of the child or other factors such as behavior or intellectual level. It only measures its adaptability to the environment and its state at this time.

The score assessed in the Test is intended to guide whether to perform neonatal resuscitation maneuvers, following this guidance:

Apgar from 0 to 3: marked difficulties in adapting to extrauterine life; intensely depressed newborn.

Apgar from 7 to 10: absence of difficulties, satisfactory state.

When newborns obtain a good assessment at five minutes (usually already with a score of 9-10), observation is continued as a surveillance measure, which is an attitude that should always be maintained in the first hours of life, but the Apgar test score of 10 is assumed at 10 minutes of life.

Performing the Apgar test at 10 minutes is usually only scored in newborns who continue to need resuscitation maneuvers and observation of their adaptation after the first five minutes of life.