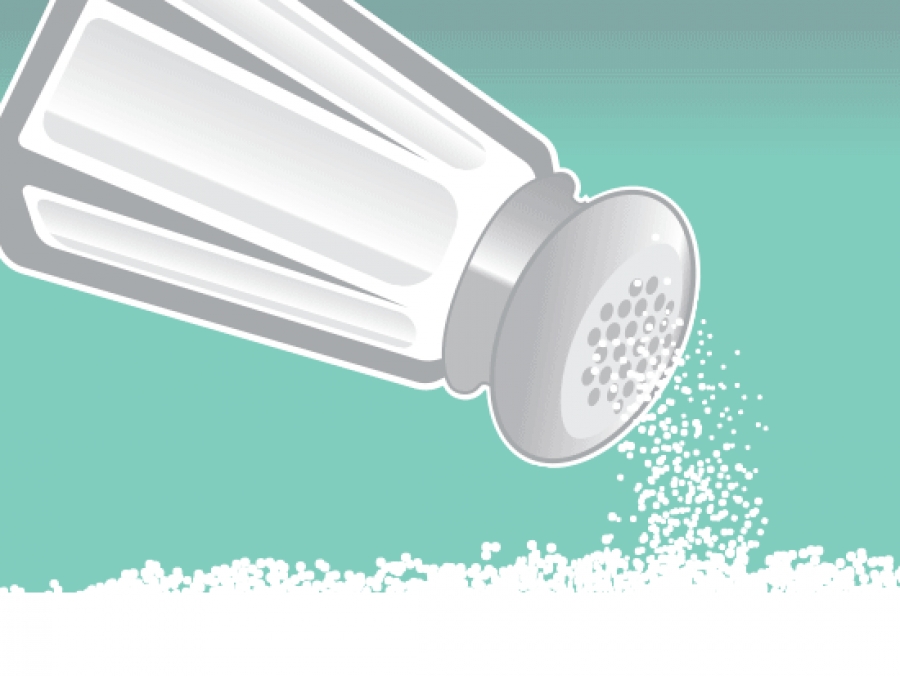 Too much salt weakens the immune system

Salt or sodium chloride increases blood pressure and the risk of heart attack or stroke and now the team has shown that, in excess, “significantly weakens an important part of the immune system”, explains Christian Kurts of the University of Bonn.

A diet with too much salt is not only bad for tension, but also weakens the defenses against bacteria, according to a study carried out with people and mice by the University Hospital of Bonn (Germany) that published Science Translational Medicine.

The team found that mice fed a high-salt diet suffered significantly more infections and that volunteers who consumed an additional six grams of salt a day also showed immune deficiencies against the bacteria.

Six grams corresponds to the salt content of two fast foods, for example two hamburgers with french fries, says a university statement, while the maximum amount that an adult should consume per day is five grams, as recommended by the World Organization for health.

Salt or sodium chloride increases blood pressure and the risk of heart attack or stroke and now the team has shown that, in excess, “significantly weakens an important part of the immune system”, explains Christian Kurts of the University of Bonn.

This result is “unexpected”, as some studies pointed in the opposite direction, since infections with certain skin parasites in laboratory animals were cured much faster if they ate a diet high in salt.

However, the new study shows that “this generalization is not accurate,” according to lead author of the experiment Katarzyna Jobin. The body keeps the salt concentration in the blood and various organs largely constant, otherwise important biological processes would be affected.

The salt is filtered by the kidneys, which have a sensor that is activated when necessary, but also causes the accumulation of glucocorticoids in the body.

These inhibit the function of a type of white blood cell, granulocytes, which are macrophages that mainly attack bacteria, but if they do not do it correctly, infections are much more serious, explains the statement.

In tests with mice on a high-salt diet, the team found that their spleen and liver had 100 to 1,000 times more disease-causing pathogens and urinary tract infections healed much more slowly.

Salt “also appears to have a negative effect on the human immune system,” according to tests with volunteers who, after two weeks ingesting an additional six grams of this product, were tested for their granulocytes.

The result was that the immune cells “coped much worse with the bacteria” and also caused an increase in glucocorticoid levels.
Babies eat too much salt. This is affirmed by a British study that I have recently read commented on in Consumer magazine and it has made me realize the mistakes that parents make when introducing complementary feeding. British babies doubled and even tripled their recommended sodium intake. The question seems really serious to me and I hope that some basic recommendations will help you avoid it.

Too much salt weakens the immune system

Breast milk and, if it is not possible to breastfeed, artificial milk, are the only food that children under six months of age should take for multiple reasons. The higher amount of sodium in solid foods is one more reason to take into account.
Do not give children industrial food products

The baby food can have added salt. Ham and cheese, too, as well as many other prepared foods, including those intended for babies. In conclusion, babies should eat natural foods made at home and to which no salt is added.
Babies should not drink cow’s milk or derivatives

Obviously we all know that a child under 12 months should not be given cow’s milk. But we must also pay attention to the cookies that contain it and the supposedly adapted yogurts, since their composition is not recommended either if we want to protect children from excess sodium.
Low sodium water for babies

The amount of sodium in the water is a matter that must be taken into account, choosing waters low in sodium and, if we plan to use tap water, check its composition beforehand and do not boil it more than l