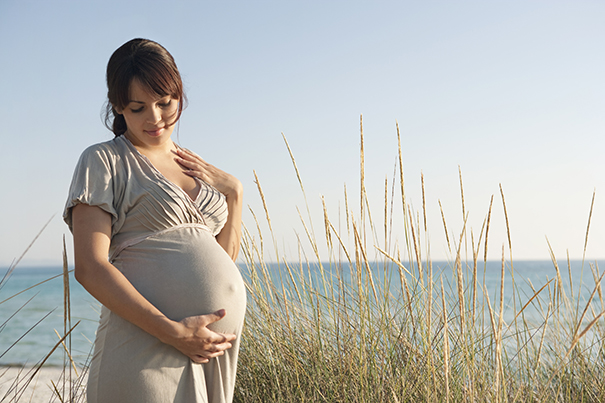 Steps to take your basal temperature

Years ago, the only thermometer that was used was the mercury one. Later the digital ones were commercialized, and finally, the infrared thermometers to measure the temperature in the ear and forehead arrived on the market. We are going to talk a little about each of them and define their advantages and disadvantages.

Mercury thermometer: as we have said, it is the one that has always been used to take the temperature since it is very accurate. However, because mercury is toxic when it evaporates (it could be inhaled if the thermometer breaks) and a pollutant, in 2014, its commercialization was prohibited by a European Union directive.

Galinstan Thermometer: The alternative to mercury is a mixture of gallium, indium, and tin called galinstan. It is commonly referred to as a gallium thermometer. This mixture is liquid at room temperature; it is not toxic or polluting and behaves similarly to mercury with temperature. With gallium or galinstan thermometers, you can measure the rectum, mouth, and armpit temperature. They are very reliable but have the disadvantage that the measurement time is longer than other devices (4 – 5 minutes). Another problem that usually occurs is that it is difficult to lower the galinstan to the starting position.

Digital thermometer: they use sensors to determine the temperature. They can be used in the armpit, rectum, and mouth. They generally emit an acoustic signal when the measurement has been made. They are pretty accurate and easy to handle and are usually faster than gallium. One drawback that they present is that when they work with batteries if they are exhausted, the thermometer cannot be used until they are changed. This must be added that waste (batteries) is generated that must be treated properly to avoid environmental contamination.

Infrared thermometer: detect body heat as infrared energy. They can be by ear or from the front. Some can be used in the colon. Measurements can be affected by ambient temperature, so it is recommended that the thermometer is in the room where the temperature will be taken about 20 minutes before measuring to warm it up.

The ear thermometer measures the temperature of the eardrum. Its handling requires learning since if the thermometer is not located in the eardrum but another ear canal area, the temperature value is unreliable. The measurement is high-speed. They are not recommended in babies since the ear canal is narrow. Measurements can also be affected by earwax and otitis. In restless children, they can give failures since the position of the thermometer can vary.

The forehead thermometer is used on the temple as the temporal artery supplies it. The measurement is quite fast, although it can be affected by sweat, cream, etc.

The disadvantages of infrared thermometers are the price (higher than digital and gallium ones), the generation of waste (batteries), and the need for practice so that the measurements are taken correctly and reliable. The main advantage is the speed since they can give the temperature measurement in seconds.

The thermometer is used to measure body temperature, and thanks to its evolution, it is an indispensable tool in other spaces such as scientific laboratories.

From the hand of Galileo Galilei, in 1592, the first thermometer capable of measuring ambient temperature was created. From this date, new ideas arise that transform it according to the demands of the times.

At first, the measurement was done “by eye,” but not exact. The physicist and physiologist Santorre Santorio added a numerical scale to the invention and used it for medical purposes to calculate the temperature of the human body.

Around 1714, Fahrenheit created the first mercury thermometer, the best known to date; a practical and comfortable tool that most of society added to first aid kits as an indispensable tool.

With the transformations, the thermometer reached the laboratories to measure the level of cold or heat in the processes carried out in these spaces dedicated to science.

For example, an immersion thermometer, commonly called a mercury thermometer, records the current temperature of hot or cold fluid.

To determine the surface temperature, the appropriate one is the contact thermometer that gives results by simply touching and making light pressure on the area.

When calculating the temperature of a food, or even alcohol or other fluids, the digital thermometer is used.

That is introduced, for example, in a cake to know if it is cold, hot, lukewarm, etc., through a screen that offers more accurate data.

Another thermometer used in laboratories is the dial thermometer, which has a multi-sized clock to indicate the temperatures of different fluids traveling through pipes.

Finally, to obtain an exact measurement of the processes, a thermocouple is a thermometer that allows, according to the process that is carried out, to control the temperature.

After 421 years of existence, there is no doubt that the thermometer has evolved to meet the development and demands of the modern world.

Basal body temperature is your body temperature when you are fully rested. If you measure your temperature to try to get pregnant or as a contraceptive method, it is essential to take accurate readings, and it is not as easy as you might think.

Steps to take your basal temperature

1- Use a thermometer specially designed to measure basal temperature. Do not use a typical thermometer, which is not specific enough to make this measurement.

2- The temperature should be done every day simultaneously, before getting out of bed. Set the alarm and keep the thermometer on your nightstand or under your pillow. Don’t get up, walk, eat, drink, or engage in any activity until you have your basal temperature measured (which should be measured after a total period of rest).

3- Create a graph either by hand or on your computer or graph paper, with the dates on the bottom and the basal temperature on the side. You can find and print fertility charts online, as well as subscribe to a service that offers fertility charts.