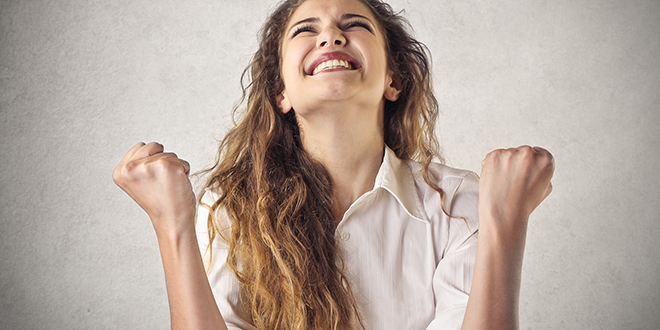 Resilience is the ability of people to adapt to all these obstacles, compensating for the negative that can happen to us with an optimistic attitude that helps us cope. Enhancing this personality trait leads us to have more integrity and overcome adversity.
Mindfulness, mindfulness: effective therapy or commercial fad?
”

Psychology has studied this characteristic of personality for more than 30 years. We all have it to a greater or lesser degree. It is what makes us not give up when things are difficult, what keeps us fighting for the goals we have set for ourselves. It is seen more clearly in great tragedies, when natural disasters, wars, attacks, or other extreme situations occur.

Here are four examples, each resilient in context:
1. Nelson Mandela overcame discrimination and 27 years in jail

An example of a resilient person is Nelson Mandela, imprisoned for 27 years for his ideas and actions contrary to the prevailing apartheid in South Africa.

Mandela had enough inner strength and integrity not to give up during his very long captivity and to come out with strength to promote the change he sought 27 years ago.

Mandela managed to end ethnic discrimination and became president of his country at the age of 76.

2. María Belón and her family, who survived a tsunami and managed to meet again

The history of the family of María Belón and Enrique Álvarez is remembered, who survived together with her three children the Indian tsunami in 2004 and had to face the devastation separately until they managed to meet.

This emotional story originated one of the biggest box office hits in Spanish cinema, Lo Impossible.

In this video, María Belón comments on the importance of resisting the temptation to say: “I can’t take it anymore” and she emphasizes that “our strength is almost infinite”:
3. Refugees

A refugee is in itself a resilient person, capable of leaving everything behind in the face of the danger to his life in his country due to racial, religious, sexual orientation, or war reasons.

The war in Syria and the subsequent exodus of people to other countries has brought to the fore this drama of people who face the unknown, fleeing to save their lives, in many cases with scarce resources and without knowing the language of the countries. to those who are addressed.

In this video, you can see an example of the resilience of refugees through the story of a girl who feels her escape as a trip to the moon, within the game that her father proposes to her:
4. Stephen Curry, they said that he did not serve for the NBA, and now he is the best player

Resilience can also be seen in high-level sports, where players can overcome injuries and physical discomfort to compete and fight for victory. Or not give in to the obstacles in the form of coaches and managers who do not believe in their conditions.

About Stephen Curry, current MVP (best player) of the American basketball league, NBA, and one of the best shooters in the history of this sport, there were reports in the draft (talent draw, which serves as a quarry for professional teams ) of his promotion (in 2009) who stated that he did not have much future in the league, due to his short stature for this sport (1.91), less physical strength than the average and skills as a point guard.

After much work, effort, and sacrifice, he has undergone a spectacular evolution. Six years later, in 2015, he managed to be declared the best player in the competition and the NBA champion ring with his team. Curry recorded an advertisement where he reads aloud the report that he doubted his ability:

what is resilience : Tolerate uncertainty

Not only can we not control everything that happens, but there are situations that – indeed – we can never influence, such as those that we do not even know about. If we don’t know what will happen, the best we can do is learn to deal with uncertainty and develop our cognitive abilities.
Present awareness

Many of our concerns do not belong to the now, but to future situations – which, at times, we cannot even predict – or to past events, in many cases the result of guilt. Resilient people are usually people with lateral thinking; they enjoy the small details of the present and fully live the here and now, one of the simplest ways to be positive on a day-to-day basis and know how to relativize problems.

what is resilience : Continue with your journey.

To summarize several of the main points in this essay, think of resilience as something akin to taking a trip down the river on a raft.

In a river, you can find rapids, turns, slow water, and areas s shallow. As in life, the changes you experience along the way affect you differently.

Traveling by the river helps her know him and remember the past experiences she has had with him. Your journey should be guided by a plan, a strategy that you think works for you.

Perseverance and confidence in your ability to avoid rocks and other obstacles are substantial. You can gain courage and insight by successfully navigating rough waters. The people you trust and accompany you on the journey can significantly help you cope with the river’s rapids, currents, and other difficulties.

You can get off the raft and rest on the river bank. However, to finish your journey, you must get back on the raft and continue.