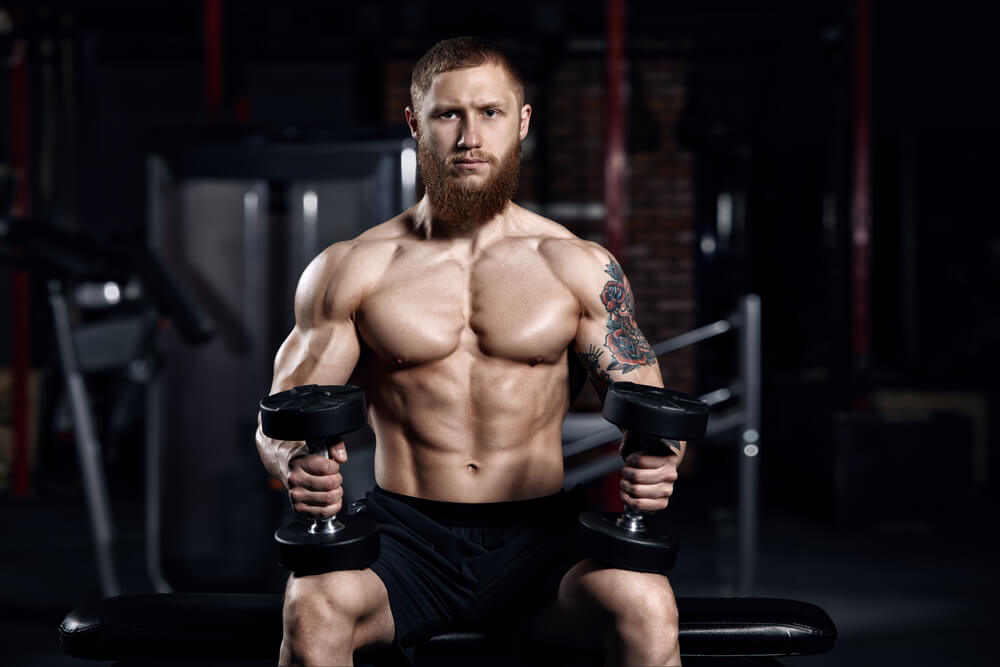 To complete the diet example, we are going to explain a little what the supplements that are used outside of the pre and post-training are for, such as:

Tribulus Terrestris: A plant that theoretically increases sexual desire and muscle mass, three chemicals (dioscin, protodioscin, and diosgenin) are supposed to help promote muscle growth and activate testosterone production. I say in theory because no study has been able to prove it.

Omega 3-6-9: is a combination of nutritional oils that provides the correct dose of Omega-3 Omega-6 and Omega-9, helping numerous supportive functions in the body, such as cardiovascular and cognitive health. It is ideal for hypertension, reduces cholesterol and fat levels in the blood, and contributes to fat loss (ideal for weight control diets).

Vitamin C: has antioxidant properties, helps absorb iron and participates in the metabolism of folic acid, hormones and amino acids. But the best thing is that although vasodilation is mainly induced by nitric oxide, recent studies reveal that vitamin C plays a critical role in vasodilation or increased blood flow to the muscles.

Radish: due to its organic sulphur content, black radish ampoules stimulate the purification of the liver and gallbladder and improve digestion in times of changes in the diet.

Desmodium: stimulates the production of bile, favours the normalization of transaminases, reduces nausea, stimulates appetite, is antispasmodic, prevents and reduces asthmatic attacks. We can consider it as another liver protector.

Potassium 600: Potassium is necessary to regulate water balance, acidity levels, blood pressure, and neuromuscular function. It also plays a crucial role in the transmission of nerve impulses within the heart. Potassium is essential for the metabolism of carbohydrates and proteins.

Hello, such a reader friend, here I am again after a short absence caused by the competition season from which I have taken the subject of this article. Before starting, I would like to take advantage of this medium to thank my friend for the Nut. Alberto Sevilla for his unconditional support in all aspects. OK, then get started.

I think that all lovers of veins, stripes and muscular rockiness have ever been forced to go through a stage in which the fatigue and the desire to eat is very significant, but at the same time, it is the moment when the best shape acquires our physique, especially for those of us who have touched the glory of reaching 4% fat. This phase is known as “depletion.”

Depletion is the phase in which carbohydrate intake is gradually restricted until it reaches almost zero levels, depending on weight, fat percentage and how much time is left for the competition or event to which you want to attend 100 %. Usually, this process lasts between 12 and 16 weeks or even up to 20, depending on the percentage of body fat that the person has and the ability to metabolize it.

Supplements for Bodybuilders: The process

When a person wants to start a period of depletion, whether, for some kind of competition, for a photo studio, or simply to show off his six-pack at the beach, he should consider some points before starting the program.

To begin, muscle development must be sufficient for the purposes that are being sought; for example: for a bodybuilding competitor at a reasonable level, his weight should not be below his height in centimetres minus one hundred because otherwise, his appearance would be very slim. So if he is 1.70 meters tall, he shouldn’t be less than 70 kg.

Another aspect to consider is that although before starting a depletion, there is no muscular definition as such, muscular differentiation must be appreciated. A well-defined shape is already appreciated in each of the muscles.

One aspect that cannot be taken as a rule is the training time because there are people who after a year of training their muscular appearance is quite good in contrast to people who after several years of training their muscular development is very poor, remember that The progress that each person has will depend on how well their nutrition, training and supplementation program is designed, how long they follow it and how good genetics they have for the development of muscle mass and loss or non-accumulation of body fat.

Well, since the person has sufficient development and acceptable muscle differentiation, we can begin with initiating the nutrition program and workout aimed at losing body fat without dramatic loss of muscle mass.

This form of depletion is the one that I feel has given me the best results with my patients, although this time we will base ourselves on the “classic” depletion (to call it in some way the most well-known and used form of depletion in In recent years, although of course, we know that in the beautiful field of nutrition there is never anything written because each organism responds differently to a similar stimulus) which is handled in the following way.

The protein intake is technically maintained throughout the preparation, although it can rise to 4 g / kg depending on the hunger that could be felt and the use of drugs. I consider that a higher intake of these levels could already have repercussions on health; for this reason, I recommend not exceeding the limit of 4 g / Kg. of weight.

The fat intake in this form of “classic” depletion practically at the end of the preparation reaches “zero,” although, of course, we know that a diet can’t be fat-free; for practical purposes, it can be considered as such.

Well, as I suppose that more than one will have already been confused with so many numbers, I am going to put three examples of a diet, the first one would be a diet to increase muscle mass, the second would be a diet from the last month of preparation, as I like to handle. The depletions and the third is a diet of the last month of preparation with the “classic” depletion method.