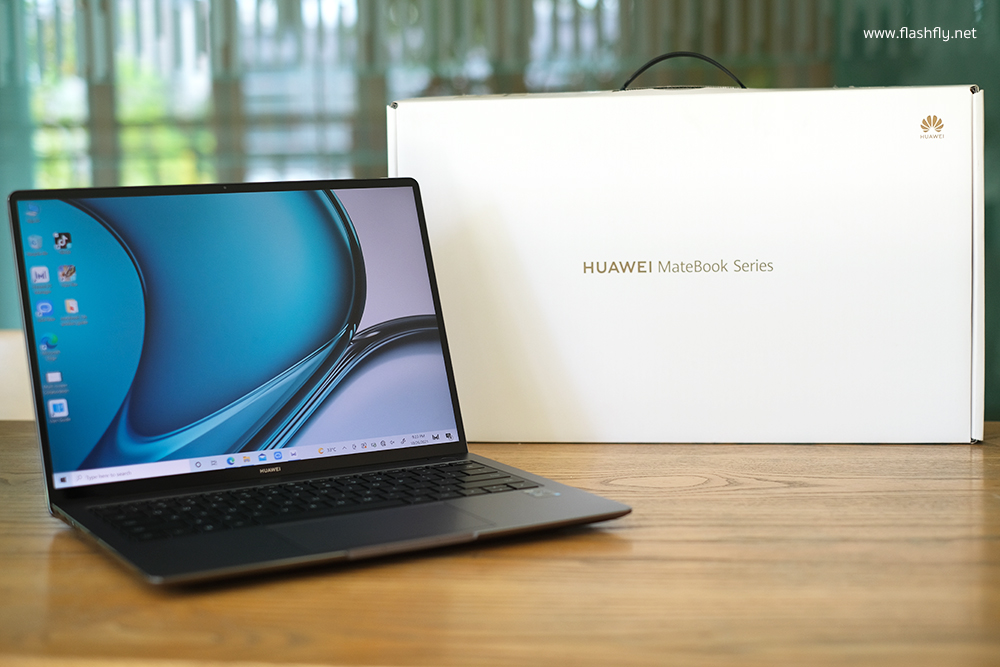 Today, more and more people are becoming digital nomads. These people are not tied to the workplace, and they work remotely and constantly change places of residence. And the world saw it: he made money on the trip. MateBook 14s, although “sharp” for the urban environment, office workers, but the concept of nomadism fits perfectly.

We have before us a family ultrabook: all-metal, thin and light. Comparisons with the Huawei MateBook 14 are inevitable; even the name speaks of continuity. The screen has grown to a diagonal of 14.2 inches, and the body added a bit of depth – for the camera’s triumphant return. But surprisingly, it got easier. Now it weighs just 1.43 kg. High-quality materials and assembly, do not complain.

The camera is no longer hidden under the keyboard button. Make it a less secure solution, but the viewing angle of the interlocutor is now expected, not from below in the nostril. And most importantly, the Windows Hello function works when the laptop recognizes you by your face. It is still a mystery if such a definitive solution will return to all Huawei laptops. But no one took a dedicated fingerprint scanner; here it is, and it works smartly.

Don’t look at the Latin keyboard layout and slightly change; Russian will come to Russia. The keystroke is deep: 1.5mm. Back to work on the road: typing is convenient even in the most inconvenient conditions; the MateBook 14s keyboard has been tested with this review. Blindly. There are three levels of illumination, a separate key to run the PC Manager utility and the Caps Lock and Fn indicators.

16:10 aspect ratio display: convenient for documents, presentations, web browsing, scheduling, working with photos. To show everything clearly, increase the resolution from 2 to 2.5K (2520 × 1680), the pixel density varied by 200 dpi. The perimeter frame is thin, and the screen occupies 90% of the front. The panel is tactile, supports gestures (up to 10 touches simultaneously). If you know the use of the touch screen on the ultrabook, write in the comments.

For the first time among ultrabooks, Huawei MateBook 14s received a frequency of 90 Hz – When scrolling with it, animations look smoother. The technology, mandatory for smartphones, has started to spread to office solutions. A big trend and the screen of the Huawei MateBook 14s is only in favor. It can quickly switch to 60 Hz to save power. To do this, press Fn + R.

The transition from IPS-matrix to LTPS gave many advantages: 100% sRGB coverage, 400 nits brightness with automatic adjustment (previously 300 nits), 1500: 1 contrast. The elegant color reproduction and high brightness allow you to work with graphics, photos, even on the street. You need to hide from the glare.

There are reflections on a black background, but hardly noticeable and uniform. Naturally, the MateBook 14s has received all the certificates confirming protection against harmful radiation and flicker.

Low ultrabook: have you seen this?

Sound on laptops is usually written in passing, last. Audio MateBook 14s wants to allocate space in the first column: We have never seen such powerful surround sound in any ultrabook .. Huawei claims Huawei Sound technology, which gives it this volume.

Software processing is just the icing on the cake. Purely physically, four speakers shake the room. It’s hard to believe, especially when the speakers are pointed down, but in addition to the volume, you can feel the bass – a unique case for such a slim model even when the ultrabook is on its knees. On a solid flat surface, the effect is enhanced.

You can dismiss subjective feelings, but Huawei’s fierce sound appeared on the top MatePad Pro 12.6 tablet, so in this regard, the company has long been in the lead and has earned trust. It will appear in stores – rush to see the new Imagine Dragons album or the new “Batman.”

Even the processor was updated. The top model with Intel Core i7-11370H will go on sale in Russia. The processor produces up to 4.8 GHz per core, only four cores and eight threads, and the maximum TDP is 45 watts. The front of the tasks is easy to mark: MateBook 14s: a mobile worker l for office routine, training, and document work.

Complete these tasks in an instant. The performance is sufficient for both Adobe and programming. It all depends on your studies. For example, Adobe Lightroom flies, Adobe Premiere easily handles 1080p videos. You can hack into a break-even in online games: WoT and PUBG are broadcast at an average setting of 40-50 FPS. The video card is integrated: Intel Iris Xe G7 with 96 compute units.

8 or 16 GB RAM (Dual Channel DDR4x), SSD Drive: 512 GB to 1 TB. The speed is usually excellent for the leading Huawei solutions: more than 3400 MB / s for reading and 2600 MB / s for writing. From Wi-Fi 6 and Bluetooth 5.1 interfaces. Everything is at the highest level. The MateBook 14s will go on sale with Windows 10 Home pre-installed, but at the first opportunity, it is ready to upgrade to Windows 11.

The MateBook 14s received a “white label” on the Intel Evo platform regarding the amount of connectivity, performance, and battery life. This is a category of devices that works fast, smoothly, and stably. You see such a sticker on the body; consider it a sign of quality. Also, the Intel Evo means support for high-speed Thunderbolt data transfer technology (up to 40Gbps), and the MateBook 14s has it. Don’t be confused by the lack of markings near the ports. However, Thunderbolt will only be in the maximum configuration of the ultrabook with 16 GB / 1 TB of memory and the case color “Space Gray.”

MateBook 14s, like all Huawei’s ultrabooks, is closely tied to the company’s ecosystem. We have already described all the reviews about Huawei Share and the «multi-screen» function: press the Huawei smartphone on the touch panel, and its screen is displayed on the tablet screen. You can interact between devices: drag photos, videos, text. Launch mobile apps and even make calls from your laptop.

The trend this season is the interaction with Huawei tablets. It was delivered by MatePad Pro 12.6, then picked up by budget models. The bottom line: put the tablet next to the laptop, and you will become friends. For example, you can use a tablet as an external wireless monitor. Or share files remotely (as in the case of a smartphone). Detailed and told in the MatePad Pro 12.6 review.